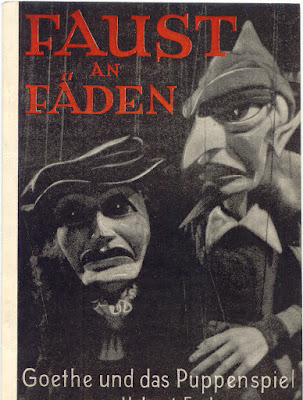 The 25th anniversary of reunification of Germany Oct 3, 2015 has brought back memories of how the East German post war communist government destroyed the successful touring Marionette Theatre Barthold, and confiscated everything, including the puppets. Waltraude (Barthold) Stehwien’s late father, Oskar Barthold, a puppeteer since the 1930s managed to ‘steal’ a few of the puppets of his own design, before escaping the dictatorship to West Germany. These puppets and the entire chronicles & manuscripts of a travelling puppeteer, ended up in the Stehwien collection here in Saskatoon.


Thanks to reunification, these puppets are now able to go home. Home to eastern Germany, where they performed regularly to high acclaim between 1947 and 1949. 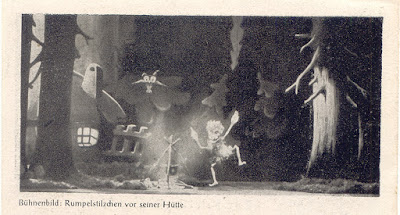 Plays included old traditional legends of Dr. Faustus and the Magic Violin as part of the series for adults, and fairy tales like Rumpelstiltskin and the Magic Lantern for children. 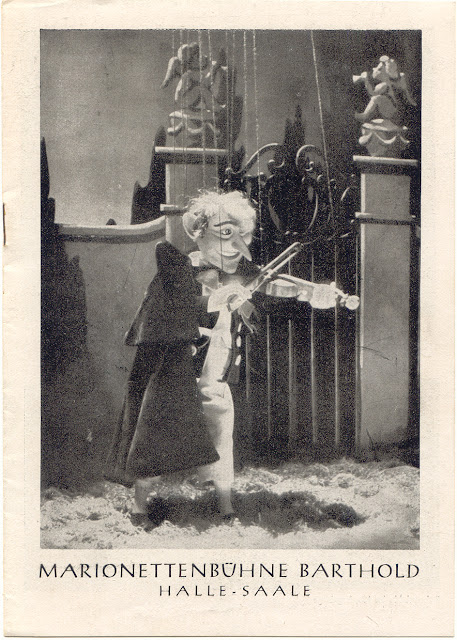 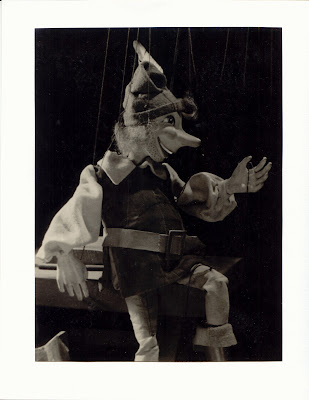 This year, two puppet theater museums, one in Dresden (former East) and one in Munich (former West) are collaborating on a combined puppetry exhibit for 2016. Waltraude Stehwien has decided to make a donation of several puppets to the Dresden museum, as the interest in hers and her father’s story continues to grow. Theirs is a long story of the short lived travelling marionette theater under communist rule, plus the adventures of owning a successful hand puppet theater for many years before that. This smaller theater travelled throughout eastern Europe in the 1930s, and performed most often in central Germany and Austria.

These two marionettes from the play Dr. Faustus, one the happy 'Hans Wurst' and the other, the obviously very evil 'Die Pest' are the ones Oskar Barthold helped 'escape' confiscation. 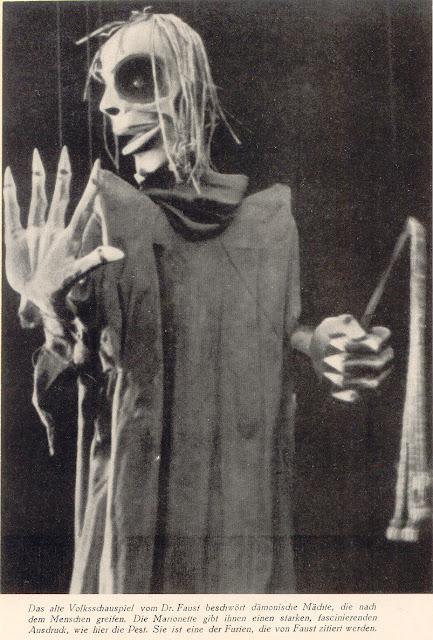 Three remaining character heads from an innovative filming of puppet plays, produced while living in exile in Vienna 1942 to 1945, will also be accompanying the marionettes. It is also hoped, that the entire confiscated collection may one day resurface, and be reunited with the few puppets that managed to ‘escape’, when their home country was split in two after the war. Oskar Barthold escaped to West Germany, pretty much a broken man, like many other censored artists, but did not live to see either the fall of the wall, or reunification.

His legacy will live on however, and where better to preserve the puppets and tell their story, than in dedicated museums of puppetry in a unified Germany.

Waltraude Stehwien is a German born artist whose first career path was learning the ancient art of puppetry in her father's marionette theatre. Her studies in stage design and graphic arts at the art academy in Halle, Germany trained her to switch readily between a two and three dimensional workspace.

After retirement from a varied career in puppetry and graphic arts, Waltraude returned to her love of another unique art, that of scissor cutting, or the German Scherenschnitt. (Schere = Scissor, Schnitt = Cut).

She has created a large variety of design, illustrations and even logos using this method, and is regularly called upon to give workshops in this unique art form.

Most recently, she has challenged herself to explore the beauty and vastness of the prairie and other Canadian landscapes. The linear perspectives and the often stark contrasts of winter scenes have inspired Waltraude to bring these sometimes intense feelings to the viewer with her scissors and a single sheet of black specialty paper.